“An inventor is one who can see the applicability
of means to supply demand five years before it is
obvious to those skilled in the art.”
Reginald Fessenden 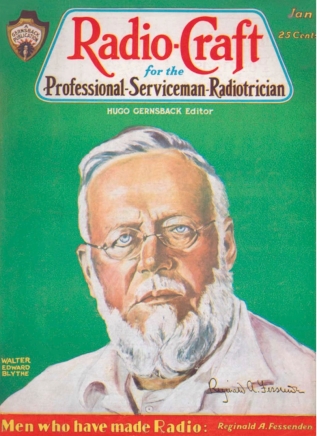 Our cell phones have the capability of a supercomputer. They can perform as a cell phone and instantly they are a computer, television, music playing device, camera, video camera, library, GPS, and a gaming system.

What I find interesting is that I use it less and less as a phone. My monthly cell phone bill shows zero actual phone minutes used and thousands of kilobytes used for data.

For example, at the doctor’s office the other day, there were no good magazines to read. So I pulled out my cell phone, and began reading a book from my OverDrive account.

When I looked around the waiting room at the other patients, I noticed they too were engaged in cell phone activity. I began to wonder, how did cell phones first get started? So, I pulled up Google on my trusted cell phone.

The cell phone dates back to its early inception of the shore-to-ship radio telephony during the Second World War. The inventor, Reginald Fessenden probably never anticipated the huge impact he would have on society. An inveterate tinkerer, Fessenden eventually became the holder of more than 500 patents. His rendition of ‘O Holy Night‘ from a 1906 broadcast was the first coherent audio transmission to be received.

The telephony developed into mobile phones that were first used for automobiles in the 1940’s. The early mobile phones of the 1970’s to the 1990’s were bulky, consumed high power and the telephone network supported only a few simultaneous conversations. The first cell phone I used in 1993 could only be used in the car and was the size of a man’s size 12 shoe.

I wonder how Reginald Fessenden would react to the huge success of his invention? No doubt he would be proud. But, I bet he would of had no idea how far his inventions would take us and that he would become the father of the cell phone.