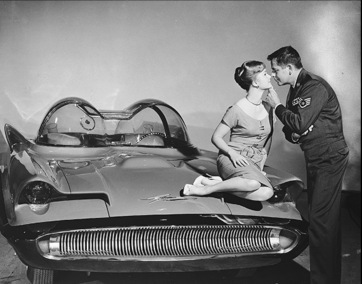 Debbie Reynolds and Glenn Ford with the Lincoln Futura concept car circa 1950s from the movie, Started With A Kiss

If you grew up in Southern California during the 1950s and 1960s, you witnessed some of the most famous custom cars built in the 20th century.

The man responsible for some of these famous automobiles is George Barris. George and his brother Sam were born in Chicago in the 1920s. Following the death of their mother, their father sent the boys to live with their uncle in Roseville, California.

As early as age 7, George was making models of cars using balsa wood. His careful attention to details on the modifications and design of these cars won contests sponsored by local hobby shops.

George’s uncle gave George and his brother a run down 1925 Buick which the brothers swiftly restored and made into a beautiful custom car. This was just the beginning of the famous Barris Custom Shop in Bell, California.

Their beautiful custom work for well-paying car lovers brought the brothers to the attention of the movie industry. Soon they were building custom cars for movies such as, North by Northwest, The Time Machine and also began customizing cars for television. 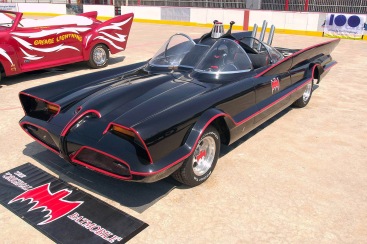 In the beginning of the 1950s, George Barris purchased the Lincoln Futura, a concept car built by Ghia of Italy. It remained in his collection until he was hired by ABC Television to build a car for the Batman television series. The request for the Batman car didn’t leave him much time to build a car from scratch, so he decided to use the Futura to create the Batmobile.

The Batmobile was just the beginning of his television custom car career. From there he went on to build the Drag-U-La car for The Munsters, The Beverly Hillbillies touring car and the car for the Night Rider series just to mention a few.

Today George Barris is still building and designing cars and is a legend among the hot rod industry. At 89 years young, his latest and newest car he’s working on is with Galpin Ford. It’s a solar energy Ford Focus using solar sheets on the roof.

Whether he’s building cars for Hollywood or for wealthy private collectors, George Barris will always be known throughout the world as the original King of Kustomizers.