“People are always so boring when they band together.
You have to be alone to develop all the idiosyncrasies
that make a person interesting.”
Andy Warhol 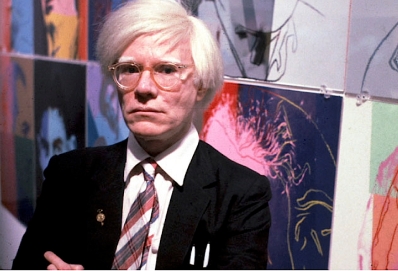 Everybody has their own idiosyncrasies. Some people bite their nails. Some people twist their hair. Some have a particular way they speak. And some have sayings that they always use.

A common idiosyncrasy of a young person is using the word “like”. Like they say it all the time. Like when they are telling a story, or like when they are quoting something someone said. I remember using this word in every sentence when I was young. It took a great deal of effort to break this habit of mine.

The last few years I’ve noticed that my husband has a saying he uses quite often. He’s an Italian native New Yorker, so he has a repertoire of sayings such as: fugeddaboudit, how ya doin’?, boombots and stuppiad (these I hear quite often when we are kidding around). He has been using, “how’s that?” at the end of most of his sentences when he’s telling me a story.

So this post is dedicated to my husband. How’s that?