“People should take time to be happy.”
Grandma Moses 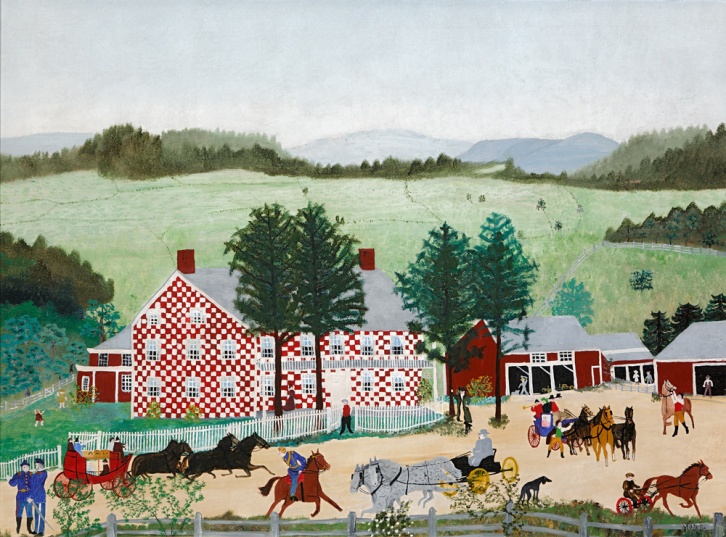 I have quite a few hobbies, but there’s one I really enjoy, drawing and watercolor painting. It’s one hobby that can put me into that zone of a perfect “flow”.

There are many artists I admire and try to emulate. When I started drawing and painting again in my 60’s, my late husband would kid me about becoming the next Grandma Moses. I always admired her recognizable Naïve art style, but knew little about the woman, so I read her 1952 autobiography.

Anna Mary Robertson Moses, known throughout the world as “Grandma Moses” was born September 7, 1860 in Greenwich, New York. In her 101-year life span, she witnessed the Civil War, a pandemic, two World Wars, the advent of the telegraph, the telephone, automobiles, airplanes and countless other innovations. She had always dabbled in the field of art all her life but it was only after all 10 of her children were grown and the burden of farm life lifted, did she begin painting full time.

Her life is really the story of twentieth-century folk art. Although she was not the first folk artist, she was the most well known throughout history and the world. How did she come to be so revered? The answer would appear to lie in a combination of factors. The nature of the field, the personality of the artist, and timing, which we all know is everything.

She had just turned 80 when in the 1940s Americans were reeling from the effects of a prolonged financial depression and filled with dread of rising fascism in Europe. In this time of tribulation, she emerged as an artist whose work embodied everything that seemed good about America.

She painted scenes of the farms and small towns that were then either the present or the near past for many citizens. She proclaimed the virtues of family, church, community and the nation at a moment when these were under attack from without and within, and she lived these virtues. Her basic honesty, generosity and good-heartedness shined forth both in her life and in her art.

When her paintings began to sell for sizable sums, she became the first artist whose work was routinely licensed for such products as greetings cards, textiles, and the like. In 1953 she appeared on the cover of Time magazine. In 1955 she was interviewed on live television by Edward R. Murrow. Then, for her 100th birthday on September 19, 1960, Life magazine did a cover story to celebrate this remarkable woman.

Grandma Moses passed away on December 13, 1961, at the age of 101, having witnessed a broad swath of American history. She was born the year Lincoln was elected, and died while Kennedy was president.

Both her work and her legend endures here and abroad. This reflects not only the quality of her work but also the fact that she remains an icon of American art. 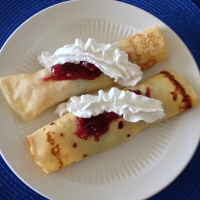